I tacked this one up two years ago.  Well before ComicsGate broke.  When I posted this, the disaster of Marvel Comics all SJW lineup hadn’t yet been felt in the comic book stores.

Time to take a look at the core of  the problem.

Entryism in comic books was achieved decades ago and they have long been an SJW convergent zone.  If you aren’t an SJW, you aren’t getting a foot in the door.

Those self same SJWs have industriously created myths for themselves to try and echo the demi-fictional persecution of Hollywood Communists.**

According to these myths the creators of Superman,  Jerry Siegel and Joe Shuster were robbed of the fruits of their labors by grasping corporate ya-da, ya-da.  Which is almost true.  They were paid an agreed to amount upfront knowing they were giving up all rights to the character.  And when Superman blew up big, they wanted more money than what was agreed to in the first place and didn’t get it.  Welcome to New York.

It should be noted that Siegel and Shuster did get to miss out on all of the lawsuits that were leveled against their “original creation” for infringement.  Superman started life as a complete and total ripoff of at least three different characters.  Gladiator, The Spider and of course Doc Savage.  The only thing they created was plagerism.

Jerry Siegel trudged along in the comics industry until he died.  As for Joe Shuster…Well talent like water finds it’s own level. 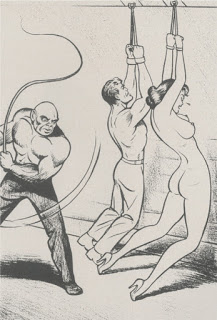 The genesis of Batman was another if different kind of ripoff.  Bob Kane stole every ounce of credit for Batman from the poor sucker who had the misfortune to be sitting at his desk when his “friend” Bob came around asking for help on new project of his.  A bat themed superhero. He just couldn’t seem to do anything with it. A vague idea was the only thing Kane ever brought to that party.

That proves I invented Batman.”

Bill Finger created everything else.  And I do mean everything.  The costume, the Batcave, Alfred, The murdered parents backstory.  The Joker. Everything.  Bob Kane spent the rest of his life making sure Bill Finger regretted it.

Wonder Woman was created by William Moulton Marston.  He is more interesting than the plagiarists that “created”  Superman and Batman.   For one thing his estate still owns Wonder Woman.  If DC ever stops publishing her, the rights revert back to the Marston estate, that is the primary reason she has never been out of print once.

For another he was a psychologist with a solid grasp of Game.

Marston kept his domestic arrangements very quiet,  even his own children didn’t find out about it until they were in their twenties.  Marston enjoyed an SJW friendly lifestyle long before it became fashionable to do so.  Following left wing politics and enjoying honors and accolades from academia, being supported  simultaneously by New York publishing money.  While secretly indulging in his sexual fantasies with two women.  I don’t know for certain that he had any other women outside of his “marriage” but I feel the odds that he didn’t, are too low for meaningful consideration.

As you can see, this opening talent pool was hardly resistant Leftist Entryism in the first place.

Comic books easily lent themselves to sleaze. First because of their reliance on visual imagery. Second because the writers came out the pulp houses.  Americans were at one time known for our intolerance of sexual imagery (boy did we make up for that) and our tolerance of violent imagery.  EC Comics pushed the outside of the envelope there.

Bill Gaines wsan’t alone. There was plenty of blood and gore being published in comic form.  Parents were apparently ignoring it for a while and then in 1954, Dr.Fredric Wertham did notice and shit hit the fan.  I’m not in favor of censorship and the baby was thrown out with bathwater.  But it was some very dirty bathwater.  Perhaps something with artistic merit could have emerged with time but probably not. “ninety percent of everything is crap.” Sturgeon’s Law was decidedly in play.  This is what comic book SJWs point to when they speak of their complete and total martyrdom at the hands of the vast right wing conspiracy.  The Comics Code that was adopted was simply self-censorship to ward off direct government intervention.

The 1950s and 1960s cemented the backstory and imagery of DC comics we have today and that the SJWs at DC and Marvel keep abandoning and then defaulting back to.

It was light enjoyable speculative fiction for an age where there was a market for that but almost no sellers except for comics.

Then disaster struck.  The Comics Code was struck down (weeeell not so much struck down as abandoned, it was always self-imposed censorship).  And “Denny” O’Neil at DC was free to pursue progressive politics.  Give the comicbook SJWs half a chance and they will tell you at length how important and progressive this all was.  That what they were doing now meant something. That and they could finally brag to their other liberal friends in Manhattan.

This is what they bragged about

The words “embarrassingly laughable” come to mind.  Also the words, “condescending as all fuck.”

This was all green lit because CBS had hit one out park with their all liberal programming.  Consequently everybody was giving it a look.  And comics were loosing market share big time.  So naked liberalism in what had been a conservative media was worth a try.  It didn’t work but by the time they knew that, it didn’t have to anymore.  The new business model of comics was built entirely around merchandising. 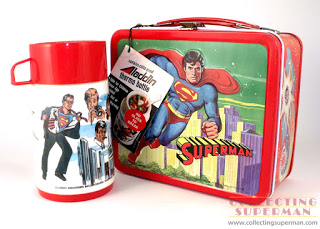 This was how you made money off comics in the 1970s.

Comics were  now run completely at a loss just to maintain copyrights and trademarks.  It worked well enough.  And allowed comic book SJWs to go way off the deep end.

Yes, this was real.  It actually happened.

In the 1980s there was a brief miracle.  Comics started making money again.  Mostly due to the rise of the comic book store.  A number of factors arrived at the same time to make these stores briefly viable and that is a whole ‘nother blog post.

Suffice to say there were two and really only two actual classics to emerge from this period.  Frank Miller’s Dark Knight Returns and Alan Moore’s Watchmen.  I will unwillingly grant, that the later is actual literature.  There I said it.  I’m not saying it again.  Fuck you.

There was a second period of brief profitability in the 1990s after Sandman blew up big but that is going to be the last time that happens.  Even with the superhero craze currently ongoing, they don’t make money.

Today, comics aren’t even for kids anymore.  The entire market consists of middle-aged Gen Xers and aged Baby Boomers.  Adolecents have better ways to kill their time.  Comics are undergoing the market death of any industry the SJWs take over.

However as Harlan Ellison wrote: “…five native American art forms that we’ve given to the world: Jazz, of course. Musical comedy as we know it today. The detective story as crafted by Poe. The banjo. And comic books.

Four of them have been ruined by progressives. They haven’t figured out how to wreck the banjo yet but I’m certain they are feverishly working on the problem.

Comics don’t have to make a dime anymore and so they do not. The SJWs who work in that industry are all about as hard left as you can find.  America is the root of all evil.  Global Warming will kill us all.  The Patriarchy rules the world with an iron fist.  All businesses are bad (with the BIG exceptions of Time/Warner and Disney (those guys are super cool)).

It basically comes down to where these artists land on the Socio-Sexual hierarchy.  Bluntly comic book guys are all gamma males.

The Gift is what makes the Gamma Protagonist special, and the GP will almost always have one special gift which eventually allows him to be the most powerful person in the room, perhaps any room.

And there it is.  An “art form”  that consists of nothing but “luchedores and melodrama”.  Destroyed by the low socio-sexual standing of both it’s creators and it’s readers.   But it is one of the few art forms America can be said to have created.

A pity it never found it’s way out the gutter.

*The title of this piece is not a reference to the Doomsday in comics.  It is a blatant spoiler for a movie that I hate.

**The Hollywood Ten took a deliberately hostile stance with HUAC.  The reason they did that was to keep the heat off the real boss Communist in Hollywood.  Read Red Star Over Hollywood